On Monday morning I received a “911” text from my mother, Cristie, who informed us that my little sister, Jenilee Mullikin, had lost their baby, Wesley Vance Mullikin (Jenilee was 25 weeks along in pregnancy). I am asking for you to read her story below, to please pray for Jenilee, Jeff, Sadie, and Savannah; and finally, if you feel led to their family here I paste in a link to assist with meals, etc: https://www.mealtrain.com/trains/nk8zw7. Wesley’s funeral service will be observed next week. Jenilee said, “We do not grieve like those who have no hope, because we know when little Wesley opened his eyes the very first thing he saw was Jesus.” I am so thankful the Scriptures say “we weep with those who weep.” Jenilee and Jeff’s faith, in this adversity, inspire us all. – Jeremiah J. Johnston 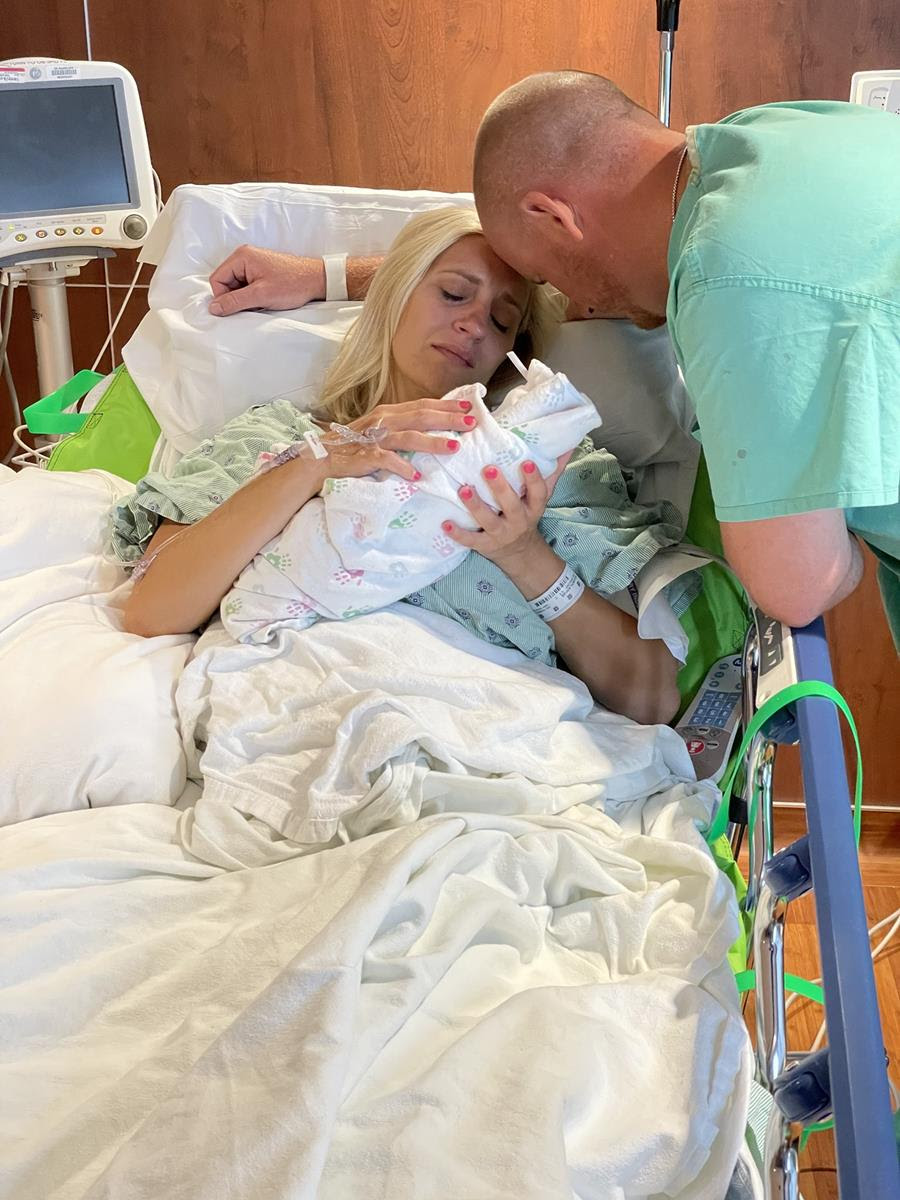 From Jenilee Mullikin: The Psalmist writes that before we are even formed in the womb that all our days are ordained and written in the Lord’s book. It’s comforting to reassure myself that although the last few days have been an utter shock to us, the Lord knew they were coming. He knew that we would go into our routine 25-week appointment and be told that our baby boy no longer had a heartbeat. And although we may never know the exact moment that he passed from his cozy spot in my belly, the Lord knows exactly when it was and was there to welcome him home.

The Lord knew we would have to deliver him via C section the very next morning. He knew that when our doctor delivered him, there would be only the sound of silence. He knew how much we would yearn for the ear-splitting baby cry. He knew that we would deliver our son, Wesley Vance Mullikin, born still on June 29, 2021.

He knew every single tear that would flow from our eyes. He alone is the only one who knows why He passed. He knew our hearts would be raging within us, screaming out, “Why God? Why us?”

He knew I would hear another baby cry in the middle of the night while in the hospital bed and wish it could be my own. He knew that Jeff and I would hold him one final time, saying goodbye to him after only just meeting him. He knew we would leave the hospital with the heavy weight of empty arms. He knew I would be thankful for the pain of my incision because it would mirror some of the pain of my heart.

He knew the girls would cry when we told them, jealous for a brother they had been waiting for. He knew my milk would come in and there would be no baby to nurse. He knew that today Jeff would pick a burial plot and plan for a memorial. He knew it all. And even now, He knows our pain intimately, because He too has lost His only son.

I will never ever know why this happened and why it had to be our family. Like Martha I want to yell and say, “Lord WHERE were you? If you had been here, he wouldn’t have died.” And I want to fall on my face and join hands with Jesus and I want to weep with him.

We begin now to put one foot in front of the other. While we are weak, we think of Jesus saying, “My GRACE is sufficient for you, for my POWER is made perfect in WEAKNESS”. We stand in the strength of our Savior and we stand on the prayers of our brothers and sisters in Christ. We do not grieve like those who have no hope, because we know when little Wesley opened his eyes the very first thing he saw was Jesus.

Although his life was so very short, we will never forget him. He was here. He was real. We saw his tiny ears and fingers and toes. And the Lord allowed us the opportunity to meet him on his way to Heaven. God, will you tell him how much I love him?

Jenilee posted this originally on her Facebook page, here: https://www.facebook.com/jenilee.johnston.